For National Women Physician’s day, we choose to commemorate the success of Dr. Alice Hamilton.  As consumers, we support a marketplace that allows us to acquire low-cost products quickly.  Sometimes production of those consumer products comes at a human health cost.  Alice Hamilton was a pioneer in the field of occupational health and safety.  There is no individual, male or female, that was much more instrumental in making the worker and employer aware of the occupational health and wellness dangers and prospective dangers of the industrial workplace than Alice Hamilton.

Alice Hamilton in 1893, the year she graduated from medical school. PDH at Smithsonian Institution and en.wikipedia [Public domain], from Wikimedia Commons.

Alice Hamilton was born in Fort Wayne, Indiana in 1869 into a family with privilege.  Privilege did not make Alice Hamilton selfish, and she aspired to provide some type of useful service to the world.  She wasn’t always the best student especially in reading and science but she studied hard and made up the deficit.

She earned her medical degree from the University of Michigan in 1893.  In the 1890s, according to the census, there were about 4,500 female doctors in the United States.  It was extremely unusual for a woman to be a doctor but Alice persevered.

In 1897, Dr. Hamilton took a setting teaching pathology at Northwestern University’s Female’s Medical Institution in Chicago. In the “Windy City,” she came to be associated with Hull House, the world-famous settlement residence founded by Jane Addams in 1889.   A settlement house brought the poor and the rich of society together in physical and social proximity.  As higher education opened to women, young female graduates brought their energy to the settlement movement.  She lived there for 22 years.

Deeply devoted to her work at Hull House, Dr. Hamilton additionally took on investigations of typhoid high temperature, tuberculosis and drug abuse in Chicago. In 1908, she was assigned to the Illinois Compensation of Occupational Diseases as well as, in 1911, to the U.S. Division of Labor. It was then that she began a vigorous search of what she called “exploring the dangerous trades.”

In 1919, Hamilton became the very first woman professor, in ANY field, at Harvard Medical College, albeit on a part-time basis.  New York times announced her appointment with the headline:  “A Woman on Harvard Faculty—The Last Citadel Has Fallen—The Sex Has Come into Its Own.”  Her rebuttal to this headline was:

“Yes, I am the first woman on the Harvard faculty—but not the first one who should have been appointed!”

Hamilton faced gender discrimination.  She was continually excluded from social activities, could not enter the Harvard Union, could not attend the Faculty Club, and did not receive football tickets. The worst thing was Hamilton was not allowed to march in the university’s commencement ceremonies with her male faculty counterparts.

In 1925, Hamilton testified at a Public Health Service conference on the use of lead in gasoline.  She warned of the danger it posed to people and the environment and especially children.  Nevertheless, at the prompting of big business, leaded gasoline was allowed.  By 1988, the Environmental Protection Agency (EPA) estimated that 68 million children suffered toxic exposure from lead in leaded fuels over the previous 60 years. 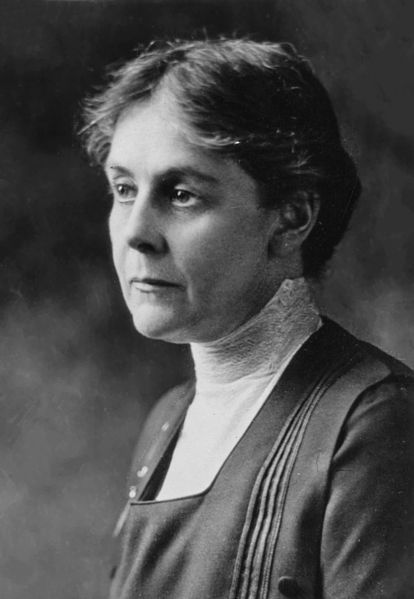 Like a modern-day detective, Hamilton roamed the dangerous parts of urban America, descended into mines, and manipulated her way into factories reluctant to admit her.  Hamilton called it “shoe-leather epidemiology.”  She had a process of making personal visits to factories, conducting interviews with workers, and compiling details of diagnosed poisoning cases and utilizing the emerging laboratory science of toxicology.

Hamilton was the pioneer of occupational epidemiology and industrial hygiene. She created the specialized field of industrial medicine in the United States. Her findings from her research were well written and scientifically persuasive.  Regarding her research, she influenced massive health reforms that changed laws and improved the health of workers.

She uncovered the dangers in unsafe factories and workplaces with unconventional methods and fearlessly acting to become an advocate for a safe workplace in the industrial revolution.  Up until her death in 1970, Hamilton continued to campaign for the health of all Americans, leaving an enduring, positive and long lasting mark on the public’s wellness.

We should all strive to emulate her talents in listening attentively to those that think they do not have a voice.

Linda Rawson, is the Founder of DynaGrace Enterprises, inventor of WeatherEgg, and the author of The Minority and Women-Owned Small Business Guide to Government Contracts: Everything You Need to Know to Get Started